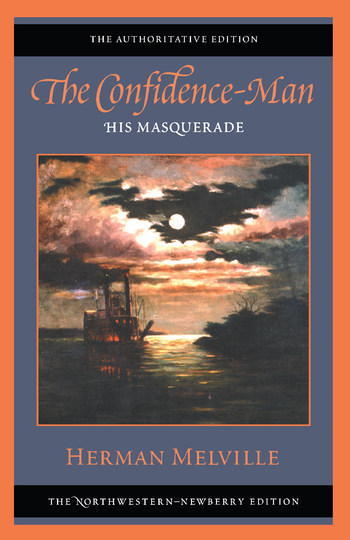 The Confidence-Man (full title The Confidence-Man: His Masquerade) is Herman Melville's last major novel, a satire published on April 1st, 1857. In it, one mysterious man sneaks onto a Mississippi steamboat. He tests the confidence and doubts of the passengers, while conning money off of them one by one through different masquerades.

The novel is a satirical work, and an allegory for the broader aspects of human nature and human identity. It reflects Herman Melville's views on morality, religion, cynicism, and other philosophical topics. The book's indifferent-to-hostile reception, continuing a trend that had started with Moby-Dick, cause Melville to stop writing novels altogether.

It is also notable for being a book dealing with nihilism and existentialism before other 20th century literature.

The full text can be read here