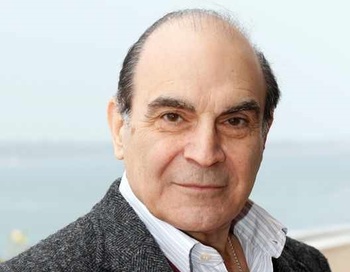 "The joy of my career is I've been very blessed to be able to be an actor in major films, television, theatre, and also British radio. In fact, my dream as an actor when I started out was to be able to work in all the media. Thankfully, that's what I'm being given to do."

Sir David Suchet, CBE (born 2 May 1946) is an English actor with an extensive career on stage and television.

He is most famous for playing Agatha Christie's literary hero, the great Belgian detective Hercule Poirot, in the long-running ITV series and television films.

His portrayal of Poirot is considered by many as the definitive for the character, and he is to this day the only actor who has played in adaptations of every story of Agatha Christie's Poirot canon, doing so over nearly twenty-five years.