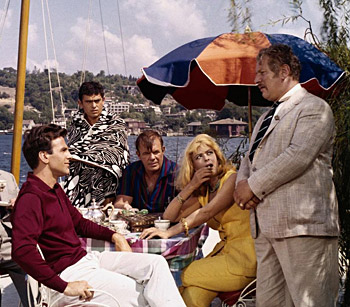 Based on Eric Ambler's novel The Light of Day, it tells of Arthur Simpson (Ustinov), a jack-of-all-trades and small time con artist who gets roped into helping a group of international art thieves headed by Elizabeth Lipp (Mercouri) to steal an emerald-studded dagger from İstanbul's Topkapi Palace, while he's simultaneously forced to spy on them for the Turkish Secret Police.