Film / One of Our Aircraft Is Missing 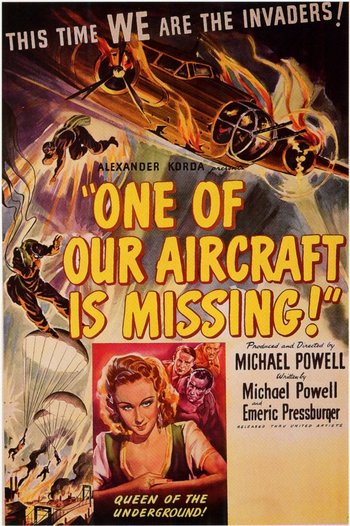 One of Our Aircraft Is Missing is a 1942 British War Movie, set — and filmed — during World War II by Michael Powell and Emeric Pressburger. Regarded as one of the best British films of the era, the movie features the trials of a shot-down British bomber crew who attempt to escape German-occupied Holland with the aid of the Dutch resistance.

The title has inspired a large number of snowclones.

One of Our Tropes Is Missing: