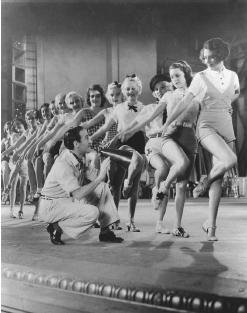 He is best known for his films produced during the Great Depression. Berkeley was choreographer or "director of musical numbers" on many of the most famous musicals made in the 1930s. Later in his career he got occasional non-musical directing gigs, like the 1939 drama They Made Me a Criminal with John Garfield.

Today any scene depicting large groups of people choreographed into intricate, highly disciplined routines and patterns is an homage to Busby Berkeley.