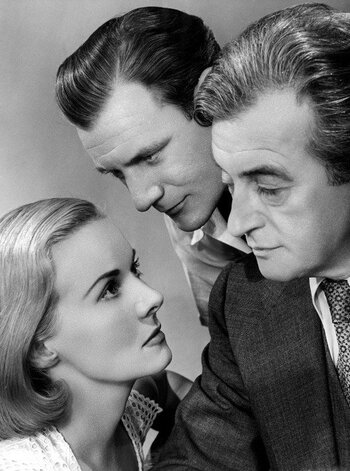 The Passionate Friends is a 1949 film directed by David Lean, starring Claude Rains, Trevor Howard and Ann Todd. Essentially a psychological drama, it treads much the same ground as Lean's earlier Brief Encounter, albeit in a very different way.

Mary Justin (Todd) and Steven Strafford (Howard) were lovers when they were at college. However, Mary rejects Steven's proposal of marriage, claiming that she can't bear the thought of belonging to another person, and that romantic love is too intense. Time passes, and they both marry other people — Mary choosing to wed Howard (Rains) for both affection and material purposes, of which Howard himself is fully aware. The film tracks their lives as their paths cross again twice more.