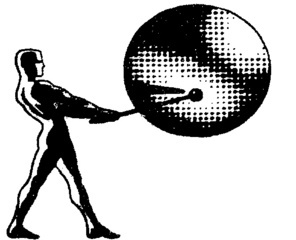 The Rank Organisation (1937—1995) was a British film distributing company that was founded by industrialist J. Arthur Rank. It was one of the most popular and richest distributing film companies of its time, distributing well-received films, radios, televisions, and photocopiers, eventually defuncting in the mid-1990s and becoming the new name of a gambling company.

Within its first few years, Rank had bought several large film companies — such as Odean Cinemas, Denham Film Studios, and Paramount Cinemas — hundreds of UK cinemas (over 600) and five major studio complexes, as well as shared rights with Universal Pictures. This led to debts adding up to at least £16 million by 1949, leading to several budget cuts and bought companies becoming bankrupt, even though many of the films they'd distributed over the years were box-office smashes. The company closed down Independent Producers Ltd, making lots of their staff redundant, and decided to focus on one studio company: the successful Pinewood Studios (mostly known for the Carry On films, Cleopatra and Chitty Chitty Bang Bang).

Despite the belt-tightening, Rank spent 1949 and the 1960s buying the ownership of Bush Radio and Murphy Radio, combining them into the Rank Bush Murphy Group (later selling it to Universal in 1978). They also set up a music record company named Rank Records Ltd, with Top Rank (later selling it to EMI Records) and its US equivalent Jaro Records.

Originally, the movie company took on all genres of film but the 1950s called for much more family entertainment. Rank filmed a variety of things themselves, such as the coronation of HM The Queen and some Royal Ballet, and made at least 500 short films/documentaries based on ordinary British life between 1959 and 1969.

When the Carry On films decided to move distributing companies, Rank took them on reluctantly, mostly because Carry On was originally distributed by a rival company named Anglo-Amalgamated. Surprisingly, the films managed to give them as much success as other popular films they'd released in the 1940s; by the time The '70s came, Rank was struggling to regain the mojo they'd had in the heyday — even at this point, the Carry On films were failing to help them this time, and the company had the most success of the decade with Bugsy Malone in 1976. They began to drop out of productions for planned movies and struggle to make profits, eventually ceasing for good in 1995 and morphing into the Rank Group which still stands today. The studio's library is now owned by ITV.

Today Rank is mostly remembered for the infamous "gongman" Vanity Plate which appears at the beginning of the movies they've distributed, which has led to many parodies, even by films and television shows themselves. You were probably waiting for this page to mention it, didn't you?

Notable films the Rank Organisation has released include: