Film / Reach for the Sky 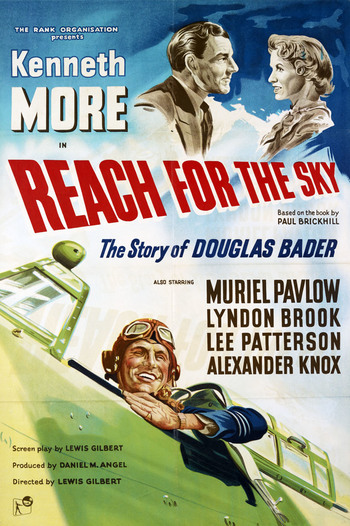 Reach for the Sky is a 1956 British biographical film, starring Kenneth More and directed by Lewis Gilbert.

It is a biopic about aviator Douglas Bader, based on the 1954 biography of the same name by Paul Brickhill. Bader (More) is a skilled Royal Air Force (RAF) pilot but receives reprimands for his disregard for service discipline and flight rules, eventually suffering a crash at an aerial exhibition and having to get both legs amputated to save his life. As World War II starts, Bader talks himself back into the RAF.

This film feature examples of: