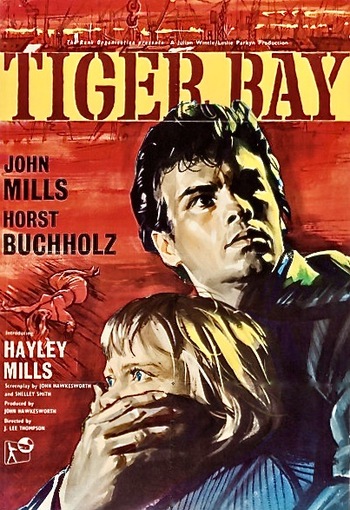 The film takes place in the eponymous district of Cardiff, Wales. Gillie Evans (Hayley Mills), a trouble-making tomboy, witnesses a murder by chance and is kidnapped by the perpetrator, Bronislav Korchinsky (Buchholz), a Polish sailor desperate to escape the country and the clutches of the police. The story focusses on the unorthodox friendship that develops between them while being pursued by Sympathetic Inspector Antagonist Graham (John Mills).