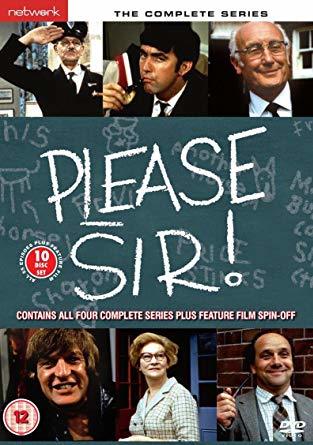 The programme was set in the fictional Fenn Street school, and starred John Alderton as Bernard Hedges, a young teacher fresh out of training college. The supporting cast included Deryck Guyler, Joan Sanderson and Richard Davies. The students of class 5C were played by Malcolm McFee (as Peter Craven), Peter Cleall (as Eric Duffy), Peter Denyer (as Dennis Dunstable), David Barry (as Frankie Abbott), Penny Spencer (as Sharon Eversleigh; played by Carol Hawkins in later episodes and in the movie), and Liz Gebhardt (as Maureen Bullock). Several well-known character actors and actresses formed the supporting cast, including Barbara Mitchell as Frankie Abbott's mother, and Ann Lancaster as Mrs. Rhubarb in a 1968 episode.

A spin-off series, The Fenn Street Gang, followed the adventures of a group of former pupils in the adult world after leaving their schooldays behind them. It ran for forty-seven episodes between 1971 and 1973. Bowler (1973) was a spin-off from the spin-off - following The Fenn Street Gang crime boss Stanley Bowler played by George Baker; there were thirteen episodes.

Like many situation comedies of this era, a film version was released in 1971 which, unlike most films based on sitcoms of that era, was actually rather good. This was set in an outdoor pursuit centre, but starred most of the TV cast.