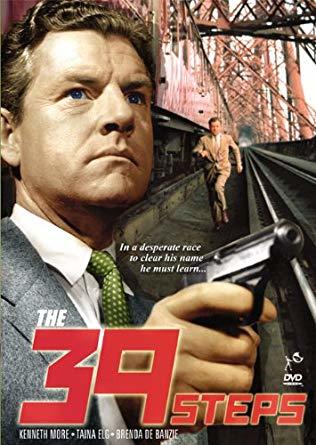 The 39 Steps is a 1959 British thriller film directed by Ralph Thomas, starring Kenneth More and Tania Elg. It is based on the novel of the same name, although it is more a remake of the 1935 film version than a direct adaptation of the novel.

As with the previous film, the setting is updated to the (then-) present day, the villains this time out being a Cold War-era spy ring intent on stealing British secrets.