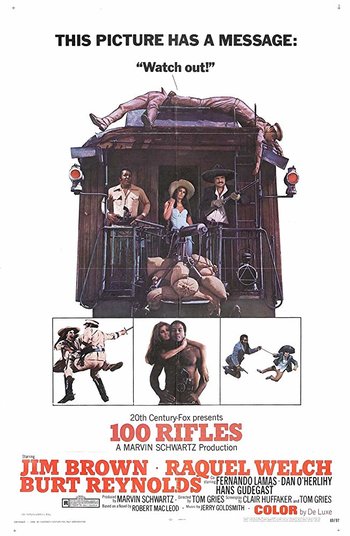 In 1912 Mexico, Arizona lawman Lyedecker (Brown) chases Yaqui Joe (Reynolds), a half-Yaqui, half-white bank robber, when they are captured by the Mexican general Verdugo (Lamas). While imprisoned, Lyedecker learns that Joe used the loot to buy 100 rifles for the Yaqui people, who are being repressed by the government, but Lyedecker doesn't care about Joe's motive, intending to recover the money and apprehend Joe to further his career. The two men escape a Mexican firing squad and flee to the hills, where they meet Sarita (Welch), a beautiful Indian revolutionary. The fugitives become allies and the trio lead the Yaqui against Verdugo's forces.