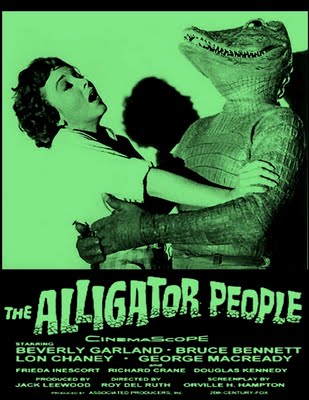 A psychiatrist named Dr. Erik Lormer (Bennett) has an interesting thing to show to his colleague. A nurse named Jane Marvin (Garland) is put under hypnosis, and she recounts how, in her previous, forgotten identity as Joyce Webster, she was separated from her husband Paul (Richard Crane) on their wedding night. Her quest to find him leads to the discovery of a strange science experiment in the Louisiana bayou, which has turned him into an alligator mutant.