Film / All I Want for Christmas 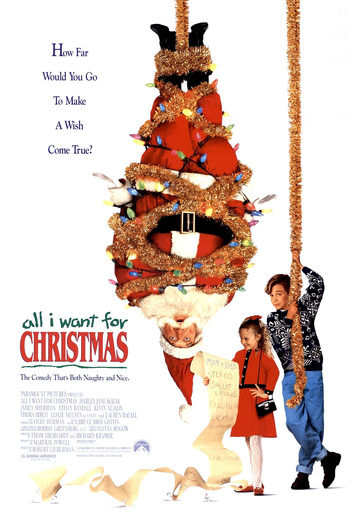 A 1991 family comedy about a brother and sister trying to get their parents back together.
Advertisement:

Hallie O'Fallon asks Santa to get her parents back together, but thinks it backfires when her mother announces she is engaged to another man. Her brother, Ethan, decides to help after he remembers the good times his family had together.

This film is light on the comedy, but in a restrained manner compared to children's films since then. It also features early roles for Ethan Embry and Thora Birch.