Film / All Superheroes Must Die 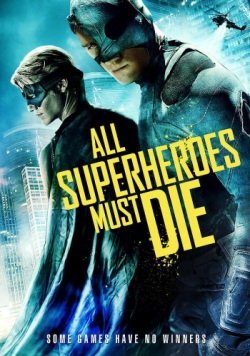 All Superheroes Must Die (aka Vs) is a 2013 film by and staring Jason Trost (of The FP fame) in which four Super Heroes find themselves abducted by their Arch-Enemy Rickshaw (James Remar) and are forced to compete in a series of challenges in order to save an abandoned town full of kidnapped innocent civilians.