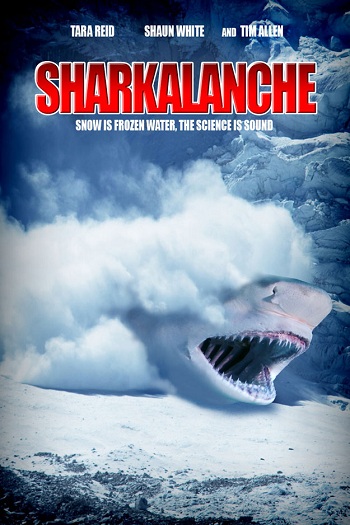 by John Gara of Buzzfeed.

The Great Depression hit Hollywood almost as hard as it hit other industries; a third of the audience disappeared between 1929 and 1933. To combat this, the major studios distributed feature films in pairs meant to be screened as a Double Feature. The longer and bigger-budgeted of the two films was called an "A-movie", while the secondary feature was called a "B-movie." A third category known as a "programmer" was a film that could be used as either an "A-movie" or a "B-movie" depending on the intended value of the double feature. At first, the studios maintained separate production units to make the Bs; these units served as training grounds for talent on the way up and as last stops for talent on the way down. Later, the studios just bought pictures from "Poverty Row" studios like Monogram, Mascot & Republic; again, some stars were able to use these pictures to make or remake their careers, notably John Wayne and Roy Rogers.

The tag B-Movie or "b-movie spirit" which is used in contemporary times is more or less an artifact. It's been a while since there have been actual B-movies, that being a movie released as the bottom-half of a double-bill, the freebie to get out of the way before the "real" A-picture starts. The nearest modern correlative would be movies released Direct to Video without a theatrical release, or low-budget movies made for broadcast TV and basic cable. Considering the higher production values of TV in The Oughties and The New '10s, even this is becoming a misnomer, especially since so many A-directors are migrating to TV. You are far more likely to find the authentic B-Movie experience in arthouse movies or repertory screenings where you have movies paired for double-bill for comparison rather than because one of them is a cheap filler made for a more serious film.

Some of the ground rules for B-movies date back to these early origins: they were and are produced on a limited budget with actors that are not household names. While B-movies may occasionally have very well-written scripts and gripping plots, the primary goal is not deliberate art or widespread commercial success, but cheap, disposable entertainment. As such, B-movies tend to be genre pieces, in such categories as western (by far the most popular B-genre in Hollywood's Golden Age), horror, Science Fiction, or crime. B-movies are often heavily trope-laden, and a particularly successful one can become a trope maker for big-budget films in the future. During the 30's and 40's, B-series were often highly successful; for example, Andy Hardy, Charlie Chan, The Cisco Kid, The Saint, and even Sherlock Holmes (in the sequels produced by Universal).

As the studio system collapsed and the moviegoing audience increasingly deserted theaters for television, beginning in the late 1940s and continuing through the 1950s, the double feature faded from profitability and, thus, the need for major studio-distributed Bs declined, with many local TV stations using them for late-night programming. These kind of formulaic productions moved from theaters to TV along with their audience. On the other hand, the overall decline of the majors left room for independents with a B mentality — American International Pictures and Roger Corman being by far the most prominent — to flourish. In the 1960s and 1970s, the term B-movie came to be synonymous with what was now called "exploitation films" — low-budget cash-ins with an emphasis on sensationalism, sexuality, and gore — and the phrase is understood in those terms to this day. During the "Golden Age" of the B-movie in the 1950s, 1960s and 1970s, the films were widely distributed and screened in older cinemas colloquially called "grindhouses," supposedly because the movies would be shown over and over again, grinding down the film. Since the dawning of cable TV and home video in The '80s, few B-movies see theatrical release, but are typically produced as TV movies or Direct to Video releases, or released directly over the Internet. Syfy (formerly the Sci Fi Channel) in particular produces many original B-movies, and Mystery Science Theater 3000 maintained interest in the genre throughout the '90s, with its rereleases of classic B-movies with three characters making snarky comments on the action. While many B-movies are "bad" in terms of writing and execution, some prove to be So Bad, It's Good. Those that attempt seriousness are usually full of narm.

Having said all that, in the same period as that outlined above and much later, B-Movies came to be seen with respect and admiration by several film-critics, first in France, and then Britain and the United States. Several B-Movies of the 1940s and 1950s, came to be Vindicated by History and were embraced for their subversion of the restrictions of The Hays Code. The code often focused more heavily on the A-Picture and this meant the B-Movie fell Beneath Suspicion. This meant that directors, paradoxically, had more freedom on a B-Movie than an A-Picture. Several films, especially Film Noir, which today are regarded as classics were B-Movies in their day. For example, Detour, by Edgar G. Ulmer, would later be cited by the likes of Martin Scorsese, François Truffaut and as a major masterpiece of cinema. The likes of William Castle were admired by his more high profile peers like Orson Welles and Alfred Hitchcock. Hitchcock in fact took inspiration from the popularity of Castle's low-budget productions to bring Psycho Out of the Ghetto. Roger Corman likewise became celebrated for providing many aspiring film-makers entry into making Hollywood films, everyone from Francis Ford Coppola to James Cameron. As a film-maker, Corman also made stylish film adaptations of Edgar Allan Poe's horror films as well as anti-racist films like The Intruder. Indeed, Corman often insisted, as did many other B-Film-makers that they made "A-Movies on B-Budgets".

Critics noted that the low-budget and limited resources often provided an avenue for film-makers to compensate by technical innovation and heavy use of style, and this meant that the old fashioned B-Movie is a truer ancestor of the modern independent film, in form, even if the latter's content, is closer to the A-Movie of old. The reverse is also true however. The modern blockbuster cinema is A-Movie in terms of its cast and large budgets, the chastity of its storyline and aesthetic, but it is B-Movie in terms of its content (Science-Fiction, Action Movie, Superhero films) which were considered low even by the standards of the B-Movies (many of them being serials and usually not played as part of a Double Bill). Starting with Star Wars, many blockbusters were, initially, derisively named "a B-movie with A-Budget" and many of these blockbusters carry the same stigma of the original B-Movie but in an inverted fashion. These films actually make more money and are seen by more people in America and the world (whereas the original B-Movie rarely enjoyed wide-distribution compared to its A-counterpart), but rarely win any awards, compared to the under-seen Oscar Bait. Movies that can be considered B-movies tend not to get too widely noticed these days, many of them going direct to video on VHS and later DVD-BR. They existed for a bit longer in other markets, in Hong Kong, and parts of India, but gentrification spread there eventually. Today, the style of B-Movie has come to be appreciated by some for its camp value, there have been a number of successful big-budget movies that emulate B-movie tropes and production values in a sort of Affectionate Parody. In addition, there have been film-makers who seek to revive and update the old B-Movie aesthetic for what they value as its low-budget inventiveness and sincerity. The style saw a resurgence in the late 2000s as the rise of streaming video and ready access to video recording and editing made low-budget filmmaking and distribution easier than ever.

Contrast Epic Movie. See Unabashed B-Movie Fan for when a character is a fan of one of these, and The Mockbuster for a particular form of Z-movie

common today. Not to be confused with Bee Movie.

A movie about a white New York Cop who gains superpowers based on Japanese stereotypes and proceeds to massacre criminals in a tongue-and-cheek fashion.

A movie about a white New York Cop who gains superpowers based on Japanese stereotypes and proceeds to massacre criminals in a tongue-and-cheek fashion.