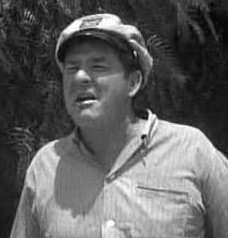 Coleman C. Francis (January 24, 1919 – January 15, 1973) is regarded as the leading challenger to Ed Wood for the title of Worst Film Director of All-Time. Starting out as an actor, he struggled to find work. He had bit roles in films like This Island Earth. He didn't even score a film credit til appearing as a detective in Roger Corman's Stakeout on Dope Street. Wanting to try his hand at filmmaking, at some point he met up with a highly decorated artillery gunner named Anthony Cardoza, who had the money to finance Francis' films. Both would appear in the films as well.

He directed three films, and all of them have been featured on Mystery Science Theater 3000.

His death was as dark and murky as his films: according to co-producer Anthony Cardoza, he was found one day dead in the back of a station wagon, with a plastic bag around his head and a tube going into his throat (or around his neck, Cardoza never bothered to find out which because they were on the outs at the time.)