The Most Dangerous Video Game 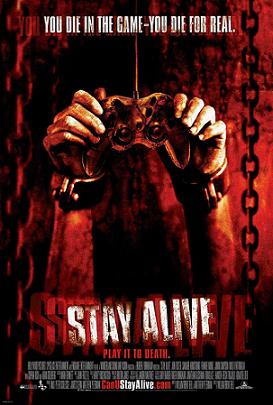 Is this the next Dark Souls? Hopefully not.
"I hope you will relax and attempt to clear the game. But I want you to remember this clearly. There is no longer any method to revive someone within the game. If your HP drops to zero, your avatar will be forever lost. And simultaneously, the NerveGear will destroy your brain. There is only one means of escape: To complete the game."
— Kayaba Akihiko, Sword Art Online
Advertisement:

An evil video game, usually packing some paranormal baggage. Playing the game will cause you to go mad, suffer from horrible nightmares, and even commit suicide in an effort to make the horrors stop, if the game doesn't kill you in the real world. Sometimes, they are less destructive, casting a trance over the player and causing him or her to play constantly, at the expense of their health and relationships.

This trope is often the result of old fogies (and thrill-seeking youth) concocting myths about the dangers of new, unfamiliar technology. However, it's become more and more popular in New Media found footage-style horror stories and Creepypastas.

Lurking in the realm of urban legends as well as that of out-and-out fiction, the most dangerous video game occasionally finds its way into real life, in the form of outcries from concerned citizens and moral watchdogs who claim that real video games incite violence, antisocial behavior, and other ills on those who play them. Be that as it may, most of these theories are of the "fringe" variety.

A Sub-Trope of Fictional Video Game (usually), The Game Plays You, Inside a Computer System, My Little Panzer, and Your Mind Makes It Real. Usually, you must Win to Exit, and sometimes it's a Single-Attempt Game because you wouldn't survive losing your first attempt.

Not to be confused with The Most Dangerous Game, nor the trope named after that story, though the intersection of that trope with this is not uncommon.

The reakumatized Gamer kidnaps most of Hawk Moth's previous victims and turns them into playable characters in his pyramid.

The reakumatized Gamer kidnaps most of Hawk Moth's previous victims and turns them into playable characters in his pyramid.