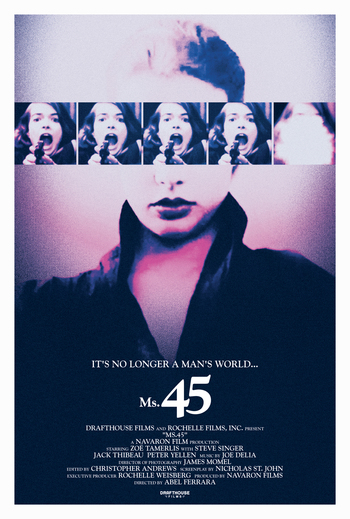 "She was abused and violated. It will never happen again!"
— Tagline
Advertisement:

A 1981 movie directed by Abel Ferrara that tells the story of a mute seamstress, Thana (Zoë Lund), who is brutally raped twice in one day and snaps. She goes on a killing spree in New York City; shooting any man she encounters with a .45 caliber pistol.