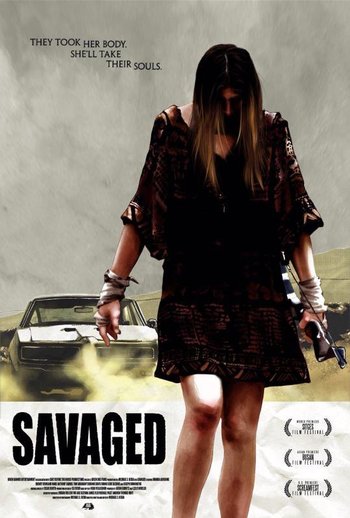 "They took her body. She'll take their souls."
Advertisement:

Savaged is a 2013 action-horror film directed by Michael S. Ojeda.

A white deaf girl is murdered by rednecks. An Apache spirit possesses her body and hunts them down one by one.

The film has the alternate title of Avenged.