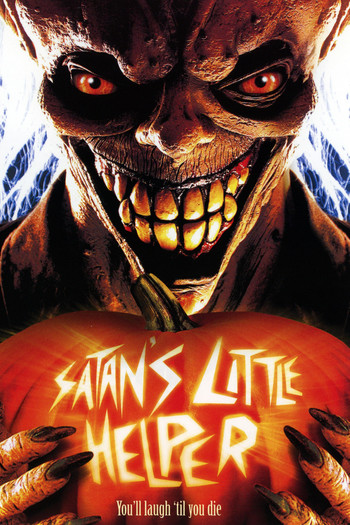 Satan's Little Helper is a 2004 independent horror movie (with some black comedy elements) written and directed by Jeff Lieberman.

It's Halloween, and Dougie is eager to see his older sister return from college so they can go trick or treating. How ever, she's brought her new boyfriend Alex along. Upset with this, Dougie goes off to find Satan for help, since his parents have bought him a game called "Satan's Little Helper", believing that his evil master will aid him. He seems to have gotten his wish, since he runs into a serial killer in a demonic mask.