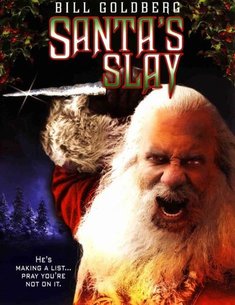 It's Christmas once again. Family dinner, yuletide feelings, all that. But there's something different about this Christmas. Namely, Santa. Turns out all the stories about Santa are fake. Namely, Santa's not a jovial giftgiver like his tales claim. He's the spawn of Satan, who was defeated in a curling match with an Angel. As such, he was sentenced to deliver presents to the world for 1000 years as punishment.

And the 1000 years are up. And Santa decides to make up for lost killing time in the quaintly named Hell's Township. It's up to a teenaged boy named Nicholas Yuleson to put a stop to this Red Christmas, and put "Saint" Nicholas down once and for all.