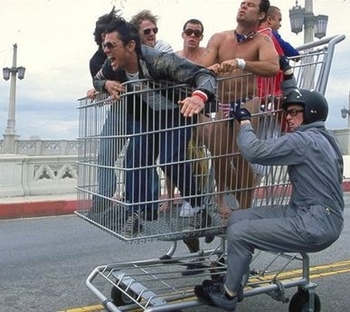 Crazy things characters do with shopping carts outside of their original purposes, whether they ride them or ram them into stuff.