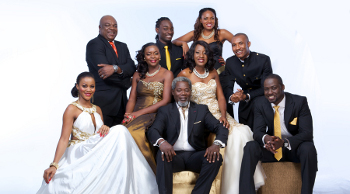 Not all that glitters is gold...
Advertisement:

Tinsel a production of MNET-DSTV. It started with its Season 1 in 2008. The show is centred on Fred Ade Williams, a major player in the glamorous world of the Nigerian film industry. Shot in Lagos and shown across Africa, Tinsel premiers solely on M-Net West Channel 102 at 8:30 pm on the Dstv platform.