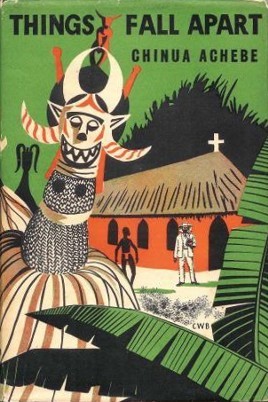 Things Fall Apart is a 1958 Nigerian novel (written in English) by Chinua Achebe. The events depicted take place in the late 19th century. An allusion to historical events seems to date the story to the 1890s.

Its hero is Okonkwo, a proud Igbo tribesman who watches his life change radically under the weight of his own decisions and the increasing encroachment of English colonial settlers and missionaries. The novel is considered one of the best books of the 20th century, partly because of its humanization of characters from both factions, and partly because it was one of the first novels in English to deal with African society from the viewpoint of Africans rather than the traditional Anglocentric viewpoint.