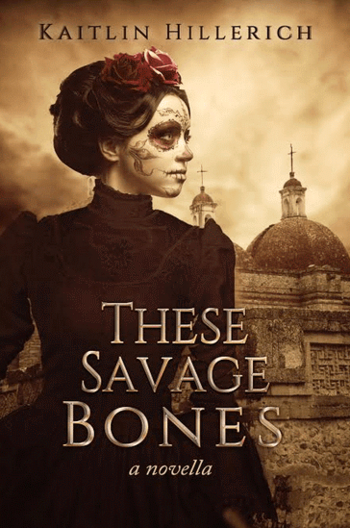 We came here only to sleep—
Only to dream.
It is not true that we have come to live upon the earth.
-Unknown Aztec Poet

A 2016 novella by Katilin Hellerich, her first published work.

When Esperanza’s uncle is murdered during a festival celebrating the Day of the Dead, her world is shaken. To catch the killer, she must accept the help of the last person she wants to see—her ex-fiancé; Alejandro Valladares, a gentleman turned bounty hunter with a troubled past.

Thrust into a tangled web of secrets and lies that threaten to destroy everything she thought she knew, Esperanza must uncover the truth and bring her uncle’s murderer to justice or the guilt of her failure will haunt her forever.

This Novella Provides Examples of: