Literature / They Do It With Mirrors 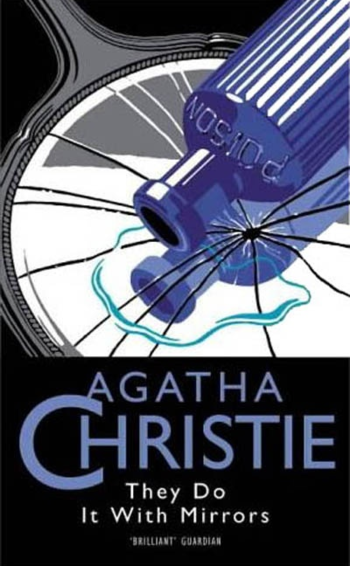 They Do It With Mirrors is a 1952 mystery novel by Agatha Christie.

Miss Jane Marple meets up with her old school friend, Ruth Van Rydock. Ruth tells Jane that she is worried about her sister Carrie Louise, Miss Marple's other school friend. Ruth can't say what's wrong, but she thinks something is wrong, so she wants her inquisitive friend Jane to check it out.

Based on nothing more than that, Miss Marple is off. She goes to visit Carrie Louise, who is Happily Married to her third husband, Lewis Serrocold. Lewis runs a reformatory for teenaged delinquents, a progressive institution seeking to give young criminal offenders the skills to be productive members of society. Jane meets her old friend Carrie Louise, Lewis, and the rest of their complicated household:

Christian, who is a trustee of the reformatory, arrives unexpectedly, and in a state of concern. Soon he is shot and killed! Will Miss Marple discover the murderer?note Of course she will.