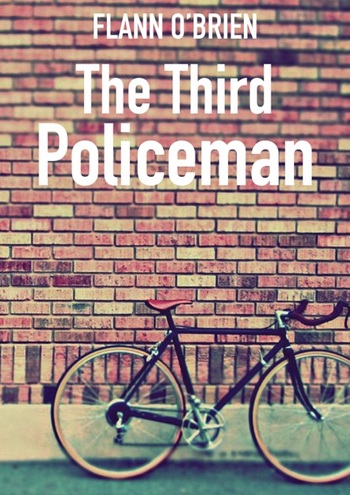 "Is it about a bicycle?"
Advertisement:

The Third Policeman is a darkly comic novel by Irish author Flann O'Brien, best known for his earlier work At Swim-Two-Birds. Written between 1939 and 1940, it didn't receive publication until 1967, after the author's death.

The story concerns an unnamed narrator and his tenant John Divney, both of whom are in dire need of funds (the narrator wishes to publish a commentary on the writings of a philosopher named de Selby; Divney wishes to get married). Divney proposes killing the local miser, Philip Mathers, and stealing his cash-box. However, while the narrator is in the process of retrieving the cash-box, he encounters the ghost of Mathers. Thus begins a series of surreal, disturbing and hilarious adventures as he attempts to recover the money.

Notably, the novel is considered one of the very first postmodernist works, despite being written long before the movement began in earnest.

Some trope titles below are spoilers in themselves.