Literature / The Gentleman's Guide to Vice and Virtue 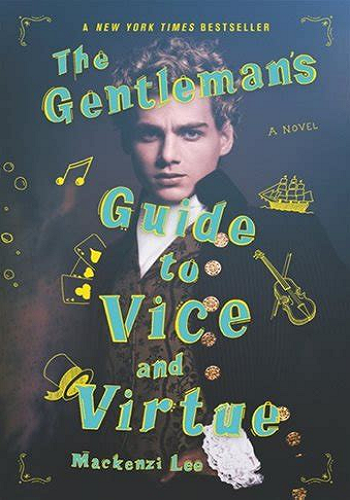 The Gentleman's Guide to Vice and Virtue is the first book in a series by Mackenzi Lee. It's followed by The Lady's Guide to Petticoats and Piracy.
Advertisement:

Henry Montague, called Monty, is a rather rakish, irresponsible young man. His father, the lord of Disley, allows him to go on a grand tour through Europe, a tradition for young, noble men in the 18th century, before he's supposed to become a respectable heir.

Monty, of course, isn't all that interested in becoming respectable. But the idea of a year away from his father, a year of partying and drinking, a year with his best friend Percy, who he's secretly in love with, that sounds exactly like what Monty wants.

And so they set off, Monty, Percy, Mister Lockwood, the man who's supposed to teach them some culture and make sure Monty doesn't embarrass the family too much, and Felicity, Monty's 15-year-old sister, who they're supposed to bring to Marseille so she can attend a proper school for higher born girls there.

But things already go wrong in Paris: Monty and Percy have a fight, and then Monty does cause a rather big scandal and manages to make an enemy out of the Duke of Bourbon and a fool of himself in the same night. And when they're finally on the way to Marseille, they get robbed, and from there on things just kind of get... complicated.