Literature / Their Eyes Were Watching God 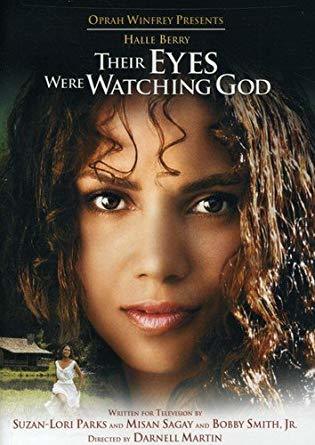 Their Eyes Were Watching God is a 1937 novel by Zora Neale Hurston. It's considered a hallmark of African-American literature, women's literature, and the Harlem Renaissance. At the time of its original release, it was heavily criticized by other African American authors, mainly for its use of phonetic accents for dialogue of the characters and the theme of division between light and dark skinned blacks. Hurston died in relative obscurity, but in modern times her works have been widely studied as a staple of Harlem Renaissance literature.

The book begins with the main character Janie Crawford, a black woman in her early 40s, returning to Eatonville in central Florida. There, she is reunited with her best friend Pheoby and tells the story of her life. Starting with her earliest childhood memories, Janie describes the many phases of her life and how she grew throughout the years. In particular, she focuses on her marriages to three different husbands: Logan Killicks, who did not view her as an equal and tries to dominate her; Joe Starks who, though initially charismatic and charming, turns out to be jealous and abusive to Janie, and Tea Cake, the husband who was the most loving and treated Janie as an equal human.

Was made into a TV movie in 2005 starring Halle Berry and Michael Ealy, produced by Oprah Winfrey.

Their Eyes Were Watching God contains the following tropes: