Literature / Then We Came to the End 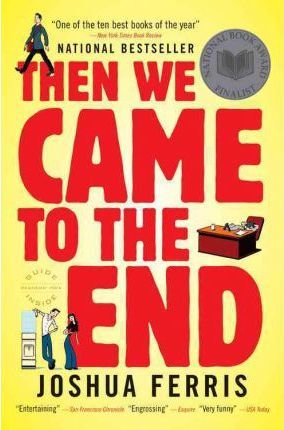 Then We Came To The End is a 2007 novel by Joshua Ferris. It is the story of the employees in a Chicago advertising firm from the late nineties, up to September 11th, 2001. The firm is going under, the boss may or may not have cancer, the workers are fractious, and layoffs are happening.

And drama ensues. Or hilarity, depending on how you look at it.