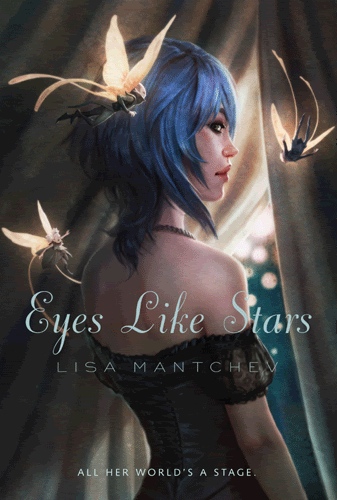 PAGE EDITOR: Welcome, one and all! Thank you for coming. As you can see on your ticket stub, today's performance is of the always illuminating Théâtre Illuminata, a Young Adult Fantasy series in three acts by Lisa Mantchev.

The story centers around Beatrice Shakespeare Smith, also known as "Bertie", a seventeen year old girl living in the fantastic Théâtre Illuminata, where characters from every play ever written wander behind the curtains. Growing up amongst such famous Players as Ariel, Hamlet, Ophelia and Romeo and Juliet, Bertie has become an independent and rebellious girl with little regard for the Théâtre's rules and customs. This attitude has pushed the staff at the Théâtre too far once and for all, and now her continued presence in the Théâtre is in danger.

Even through all this, Bertie must tangle with the burning questions she has over how she came to live at the Théâtre, who her parents really are, and what her role in the Théâtre Illuminata really is. Top it off with the love triangle between herself, the dangerous and beautiful air spirit Ariel, and Nate, a pirate extra from Hans Christian Andersen's "The Little Mermaid", who always comes to her rescue, and you've got a Coming of Age tale just waiting to happen.

So, as we begin our journey through this tale and its accompanying chorus of tropes, just sit back, relax, and enjoy the show.