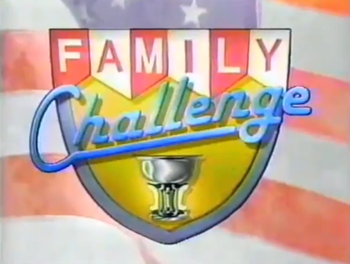 Game Show from Woody Fraser Productions that ran on The Family Channel from 1995-97. Two families consisting of two adults and four children played against each other in a variety of rotating stunts and quizzes for points. The family with the most points after seven stunts won the game and "The Family Challenge Championship Cup".

In Season 2, the show moved to Universal Studios, became The New Family Challenge and Michael Burger took over hosting. Families now had two adults and three children playing. On Fridays towards the end of the run, Burger picked contestants out of the audience to do stunts.