Literature / Then Again, Maybe I Won't 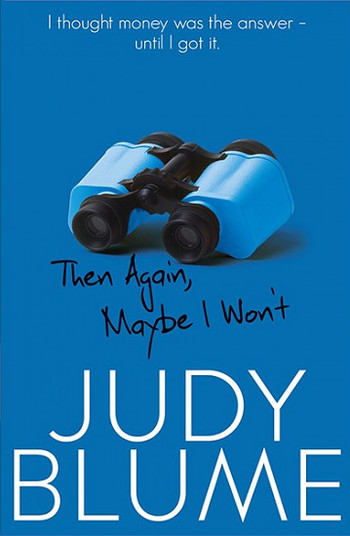 I thought money was the answer — till I got it.
Then Again, Maybe I Won't is a young adult novel by Judy Blume, first published in 1971.
Advertisement:

Tony Miglione is an Italian-American teenager whose family moves to an upper-class neighborhood after his father becomes wealthy from an invention. Themes involve class conflict, peer pressure, and the trials of male puberty. (In the latter respect, it is intentionally something of a gender-inverted complement to Blume's preceding novel, Are You There God? It's Me, Margaret..)