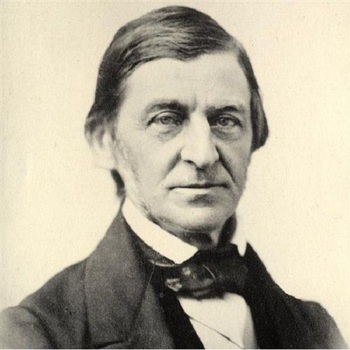 Ralph Waldo Emerson (May 25, 1803 – April 27, 1882) was a famous American writer and poet. He's considered to be the father of the Transcendentalist movement, which stressed self-reliance and the inner good of man. Emerson encouraged Americans to think for themselves rather than copy what the Europeans were doing, and he played a huge role in shaping a unique American philosophy. Famous for being very quotable — it was Emerson who came up with the name "the shot heard round the world" to describe the Battles of Lexington and Concord.