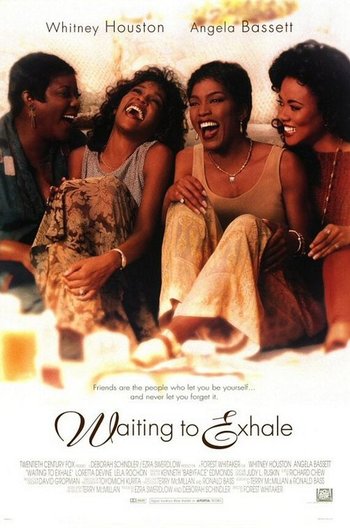 A 1992 novel by Terry McMillan, later made into a 1995 film adaptation directed by Forest Whitaker.

Savannah Jackson (Whitney Houston) is a successful television producer who holds on to the belief that one day her married lover (Dennis Haysbert) will leave his wife for her. Bernadine Harris (Angela Bassett) abandoned her own career and desires of having a catering business to raise a family. Her husband (Michael Beach) is now leaving her for a white woman. Robin Stokes (Lela Rochon) is a high-powered executive and the long-time mistress of Russell (Leon Robinson). She has problems finding a decent man of her own, while waiting for Russell to leave his wife. Gloria Matthews (Loretta Devine) is a beauty salon owner and single mother raising a teenage son (Donald Faison) who is preparing to leave home and travel the world with Up With People. After years alone, she falls in love with a new neighbor, Marvin King (Gregory Hines).

A sequel to McMillan's original novel, Getting to Happy, was published in 2010.