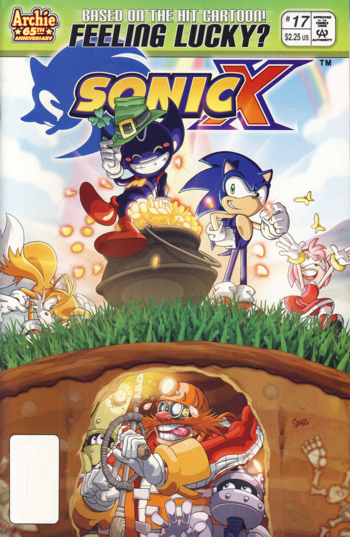 Hey, a day of green and gold. Who wouldn't be into this?
Advertisement:

A Saint Patrick's Day episode is, as the title implies, an episode or story within a larger series that focuses on or revolves around the Irish holiday St. Patrick's Day (which is on March 17th). Such episodes often, but not always, feature leprechauns and their pots of gold at the end of rainbows. More adult-oriented episodes or stories of this type are also likely to depict at least a moderate amount of drinking. Wearing green is a must unless you want to get pinched.