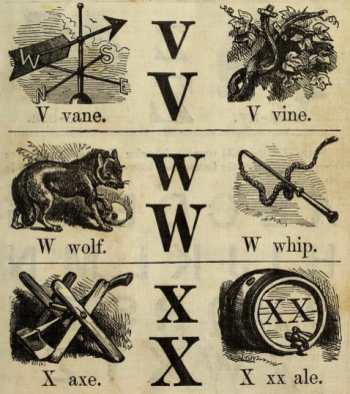 "It must be American. Who else would think 'extra' starts with an X?"
— Mina Murray on the XL4 rocketship
Advertisement:

Sometimes a character will need to come up with a word that starts with a certain letter, but wants or needs to say one that doesn't qualify. The solution: stick the necessary letter in front of the desired word and call it a day! Often done to make a word fit into an acronym or Alliterative List. The letters X and Z are the most common victims of this, due to being the least common initial letters in English.