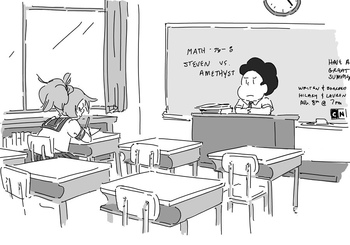 Steven and Amethyst compete against each other while training with Pearl.