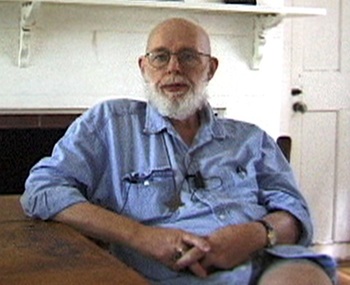 Edward St. John Gorey (1925–2000) was an American writer and illustrator best known for writing several short tales, often told in rhyme (usually couplets) and very surreal and macabre in tone. Gorey experimented in a wide variety of art-styles over the years, but his trademark look was a very distinct and meticulous style of cross-hatched ink drawing that could be described as Victorian or Edwardian. He admitted that his own professional art training was "negligible", but he did illustration work for a wide variety of media, ranging from book covers and illustrations, to the animated opening for the PBS show Mystery!, to creating the sets for the 70's smash hit Broadway production of Dracula (1924).

Gorey had a fondness for anagrams, jumbling up his own name to make several pseudonyms. He also liked ballet, silent movies, fur coats, vintage tennis shoes and cats, all of which were featured in his work. During his later years, he belatedly discovered television, and developed an affection for some of the darker shows of the era, including Buffy the Vampire Slayer, Batman: The Animated Series and The X-Files.

Born in Chicago, he spent World War II manning a desk in Utah, attended Harvard (where he majored in French rather than art), and lived a large chunk of his life in New York City. He evidently was never terribly fond of that last city, seeming to consider it a sort of necessary evil that allowed him free access to his artistic commissions and far more importantly his cultural interests, most especially the New York City Ballet under the direction of the genius of George Balanchine; Gorey religiously attended every performance for years. With the death of Balanchine in 1982 and a steady income from the royalties for his more popular works, Gorey relocated to a small village in Cape Cod, where he lived the rest of his life in semi-retirement, showing rather more interest in mounting various (rather bizarre) amateur theatrical productions than continuing his career as an author and illustrator. He died of a heart attack at the age of 75.

Tropes exhibited in the works of Edward Gorey: