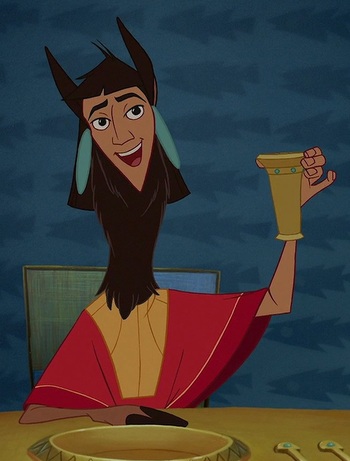 "Hey, Kronk, can you top me off, pal?"
Lampwick: What's he think I look like? A jackass?
Pinocchio: You sure do!
— Pinocchio
Advertisement:

The opposite of a Painful Transformation, one that the recipient and/or victim doesn't feel.

Usually done with the transformee transforming in their sleep to wake up to their new form, or the transformee gradually changing over time. Stock phrases include: "Why is everyone taller/smaller?" and "Why are you looking at me like I've got the head of an [animal]?" If they got bigger, they may assume their clothes Shrunk in the Wash.

Always a result of a Baleful Polymorph or Involuntary Shapeshifting, as a Voluntary Shapeshifter would know when they're transforming themself (unless suffering from Power Incontinence). They may discover their transformation in a Mirror Reveal.