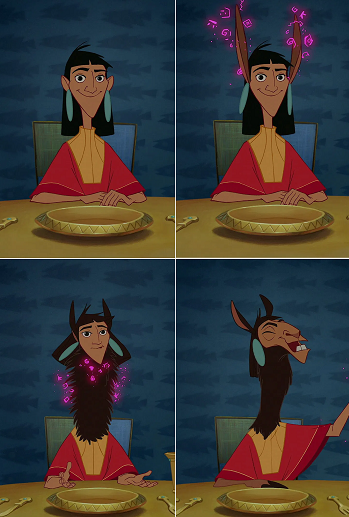 A minor prob-llama.
A type of transformation in which, most likely due to a curse, spell or potion, portions of your body start to turn into that of a creature until the whole body is changed. The order can vary depending on what animal or on the work. Often happens with a Forced Transformation.
Advertisement: