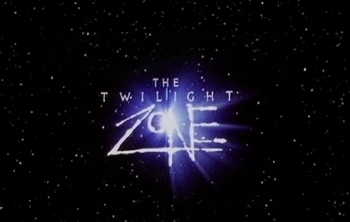 The first revival of The Twilight Zone (1959), informally known as The New Twilight Zone, aired for two seasons on CBS from 1985-87, and aired a third season in first-run syndication from 1988-89. Although not as successful as the original, it was considered by many to be an often worthy successor.

For its first season, it aired in hour-long installments consisting of two or three stories of varying lengths. This format continued at the start of the second season, but after being put on hiatus the show returned in a half-hour format. After being canceled midway through the season, the remaining stories were aired in hour-long installments. The series was picked up for a third season in syndication, airing in half-hour one-story episodes like most of the original show.

Unlike the original and the 2002 and 2019 revivals, the show didn't have an on-camera host, having just a narrator instead. For its first two seasons, the narrator was Charles Aidman (who acted in two episodes of the original, "And When the Sky Was Opened" and "Little Girl Lost"), and Robin Ward narrated the third season. the recap page could use a little love