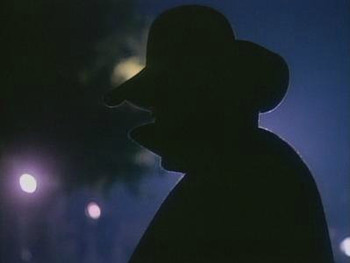 Don't worry, he won't hurt you, as long as he lives under your bed.

WARNING: Per wiki policy, all spoilers are unmarked on Nightmare Fuel pages. As such, this page will contain no spoiler markings of any kind. You Have Been Warned.