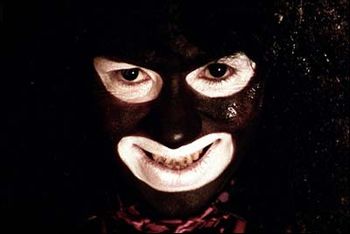 You're his wife now.
Advertisement:

Whether it's specific horror programs, moments of violence or tension in dramatic shows, disturbing Public Service Announcements, or even unintentionally creepy segments on little kids' shows, Live-Action TV contains plenty of things that will give you trouble sleeping. This section contains many of these moments, so read on if you dare...

This section is in alphabetical order by series. Before you add examples here, check the index above and make sure the series doesn't already have its own page.

Advertisements and PSAs go in the NightmareFuel.Advertising section.