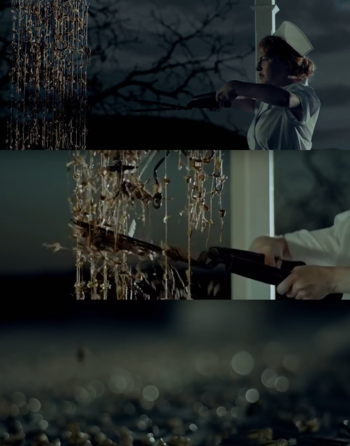 Looks like those teeth weren't donated...
The teasers for this series were pretty vague...and very frightening. "Sycamore Tree", the song in which it's humming is featured on most of them, doesn't help at all. Here is the link to the first 26 teasers, not counting "Illusion".