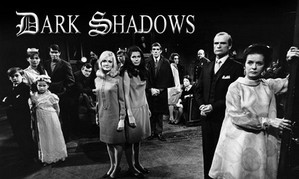 It's just a gothic soap — with vampires, werewolves, zombies, magic users, time travel...
Chris: It just cracks me up that Lex Luthor’s path to sinister corporate super-villain world domination begins with deciding how much money to allocate for traffic lights in Granville.
David: I bet we won’t even see Superman fly or wear a costume when this is over; the dramatic final shot will be Lois and Clark closing on a mortgage.
— Chris Sims and David Uzumeri on

A continuing series focusing on the personal relationships between several characters, usually following the form of the traditional daytime Soap Opera or Prime Time Soap. The difference is that the characters live in a world in which supernatural events and beings are commonplace, and as such the characters may often come into contact with vampires, ghosts, witches, etc. In some cases, the show's characters are themselves supernatural beings.

The original supernatural soap was ABC's daytime drama Dark Shadows, although the form was perhaps perfected by Joss Whedon's cult hit Buffy the Vampire Slayer and its spinoff Angel. The New '10s has seen a resurgence in these types of shows aimed at the young adult market, merging the format with Teen Drama.