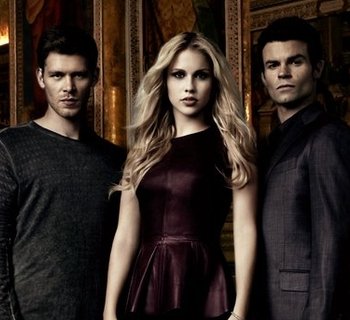 The series centers on Niklaus "Klaus" Mikaelson (Joseph Morgan) and the Original Family of vampires including Elijah (Daniel Gillies), his older brother, and Rebekah (Claire Holt), his younger sister, as he returns to the supernatural crucible that is the French Quarter of New Orleans, a town he helped build centuries ago, and is reunited with his diabolical former apprentice Marcellus "Marcel" Gerard (Charles Michael Davis).

It isn't long before we learn that not all is as it seems to be, and not everyone's alliances are as they appear, nor are they set in stone.

The series began with a backdoor pilot ("The Originals") that aired on April 25, 2013 as part of the fourth season of The Vampire Diaries. Before then, the Mikaelsons had all appeared in that series, with Klaus being a part of the main cast from season three to four. A day after the pilot aired, The CW gave a series order, and The Originals began airing on October 3, 2013, the same day as the debut of its parent series' fifth season. In July 2017, it was announced that the series would end with season five. Legacies, a spinoff focusing on Klaus' daughter, Hope (played by Danielle Rose Russell, who is part of the final season's cast), was given a series order in May 2018, and began airing that October.

Climbing Out of The Bath

The camera shifts to Hayley's back when she climbs out of her bathtub to provoke Elijah.

Example of:
Toplessness from the Back

Climbing Out of The Bath

The camera shifts to Hayley's back when she climbs out of her bathtub to provoke Elijah.