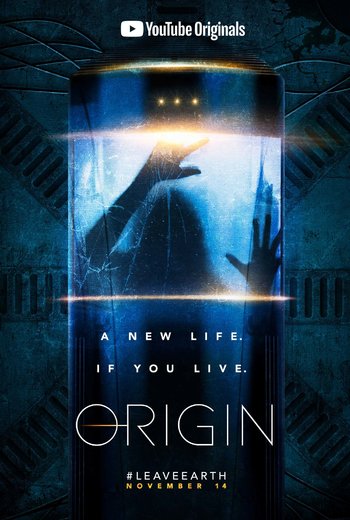 They were promised a second chance, with a clean past, by colonizing an Earth-like planet. Nine days from their destination, the cast is unceremoniously thawed and dumped out of their cryo chambers, into the cold, dark confines of a ship with a mysteriously absent crew. The newly awake passengers need to unravel this mystery while navigating a ship they know nothing about.

Origin is a YouTube sci-fi original series released on November 14, 2018. The first season primarily takes place on a Colony Ship, with frequent flashback cuts to many of the characters’ respective origin stories, which explain how they ended up on the ship to begin with.