You Wake Up in a Room 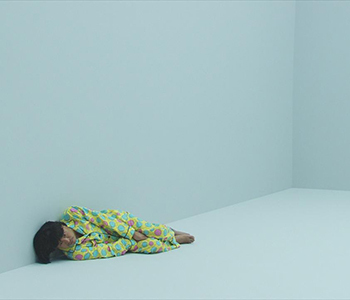 "My God...they stole everything!"
"You wake up locked in a deserted jail cell, completely alone. There is nothing at all in your cell, useful or otherwise."
— Jailbreak
Advertisement:

A specific type of Ontological Mystery (which covers this trope in passing). There is also a sub-genre of gaming, the Room Escape Game, that virtually always starts with this trope.

A character wakes up in a setting that's unfamiliar to them. They don't know how they got there, who brought them, or for what reason. Frequently, getting out is not so simple as simply walking out the door.

Sometimes the character, or characters, will have no memory of prior events whatsoever, although this is not a necessary component. In more extreme examples, the character may not exactly know even who they are.

If the piece begins In Medias Res and the character wakes up in a room, and the audience has no idea where they are or what has gone before (or the character has only limited knowledge, possibly having been drunk the night before, or something bad happened to him, or he's in an alternate reality that only the audience seems to pick up on) that may be sufficient to meet this trope.

If a character was seen in action and then passes out only to wake up safe but in an unfamiliar place, that's Waking Up Elsewhere. Compare Good Morning, Crono and Waking Up at the Morgue. For extra points, may overlap with White Void Room. For an outdoor version see You Wake Up on a Beach.